Is our well-being subject to the tyranny of technology? 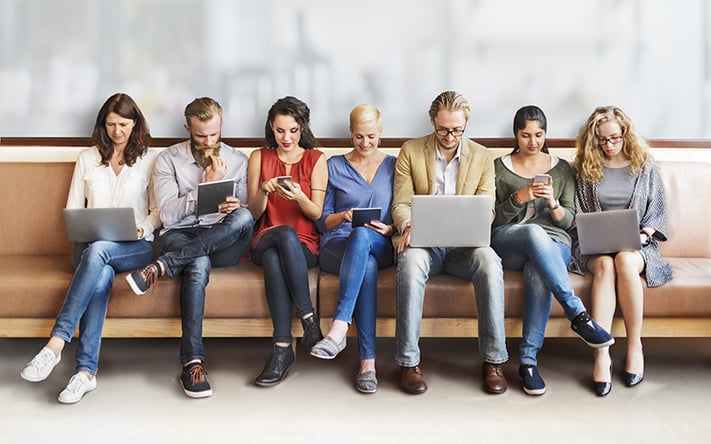 Figures published to mark Mental Health Awareness Week show that mental health is the leading cause of sickness absence in the UK, with over half of employees suffering from stress, a third from anxiety and a quarter from depression. It’s no surprise then that it has become a huge priority for employers. A study by Bupa revealed that mental health is a major concern at board level for almost two-thirds (65%) of businesses, rising to 72% among large corporates. Mental health was a bigger issue than physical illness among employees for nearly a third (29 %) of businesses.

But while the importance of managing mental well-being has moved up the agenda, organisations are struggling to figure out what to do about it. Offering workers well-being classes, healthy eating and quiet zones are often implemented, however, what most employers miss is that unlimited access  to email and messaging services such as Slack mean that people feel pressure to stay in "work mode" way beyond than the traditional 9 to 5 of a generation ago.

''86% of HR professionals said they had observed presenteeism in their organisation over the last 12 months.''

"The practice of coming to work despite illness, injury, anxiety, etc., often resulting in reduced productivity" - or 'Presenteeism' - has more than tripled since 2010, according to the annual Health and Well-being at Work survey from the CIPD and Simplyhealth, where 86% of HR professionals said they had observed presenteeism in their organisation over the last 12 months, compared with 72% in 2016 and just 26% in 2010. Almost nine in ten respondents called out employees’ inability to switch off out of work hours as the most common negative effect of technology on well-being.

Another clue to the impact of digital devices on stress and mental ill health was buried in a piece of research presented at the Royal Geographical Society’s Annual International Conference in August 2018. Here, researchers from the University of the West of England found that commuters routinely used free Wi-Fi provision on their journey to and from work to 'catch up' with work emails. This was widely covered in the press as evidence that could pave the way for the daily commute to be counted as work and all the employment ramifications that may involve.

But alongside legal discussions over whether free Wi-Fi provision on trains could officially extend a commuter’s working day, was the tacit acceptance that working outside your allocated hours was the norm. Delving into the research – of the 5,000 rail passengers questioned, a significant majority expressed that they consider their commute as an opportunity to 'catch up' with work, before or after their traditional working day.

Are breakout zones and quiet areas allowing employees to disconnect?

In the workplace itself constant connectivity is of course de rigour. This is why employers who provide offices with a wide mix of informal breakout zones, tea points and quiet areas, with the good intention of enabling workers to move around more freely within the workplace, prevent them from sitting down too long and help to promote well-being, are missing the obvious. The reality is that people will usually spend their time away from the formal work area checking emails and messages, which also has the negative affect of leaving them nowhere to truly have a break.

The problem, according to Bruce Daisley, vice president EMEA, Twitter and host of business podcast Eat Sleep Work Repeat is that productivity is ‘being mixed up with looking busy’. Frequently checking your phone, I-pad or laptop is seen as being productive when it is just as likely to be a huge distraction and a massive cause of stress. He explains that people routinely plough through an average of 140 emails a day, which means that even before they begin their job they have ‘an assault course’ to get through. It’s no wonder commuters choose to go through their emails on the way to and from work, but it’s hardly a way of helping them arrived fresh at the start of the day or unwind at the day’s end. 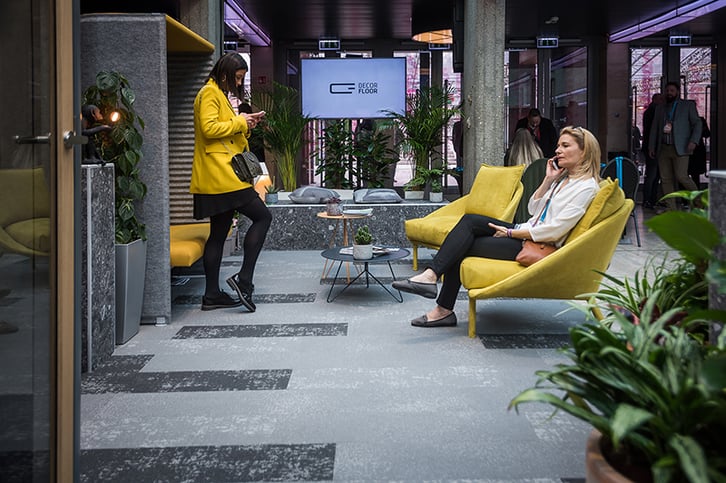 They've taken a legislative approach to the problem in France where it is proposed that firms with more than 50 workers will be obliged to draw up a charter of good conduct, setting out the hours when staff are not supposed to send or respond to emails. But as Dr. Christine Grant, Principal Lecturer, Occupational Psychology, Coventry University points out, taking away the key advantages of digital connectivity, namely being able to work flexibly isn’t the solution.

She advises that a systemic approach - working through three levels – the individual, the line manager and the organisation is the essential because if all these levels are not reached then it is unlikely that any sort of digital discipline will be implemented.

And, ironically, while technology has had a significant contribution to growing levels of stress, a new digital tool from the CIPD and mental health Mind has just been launched. This offers employers an online gateway to resources, training and information aimed at suggesting ways that employers and employees can address workplace mental health.

An Interview with… The Sample Team

The rise of high-quality student accommodation